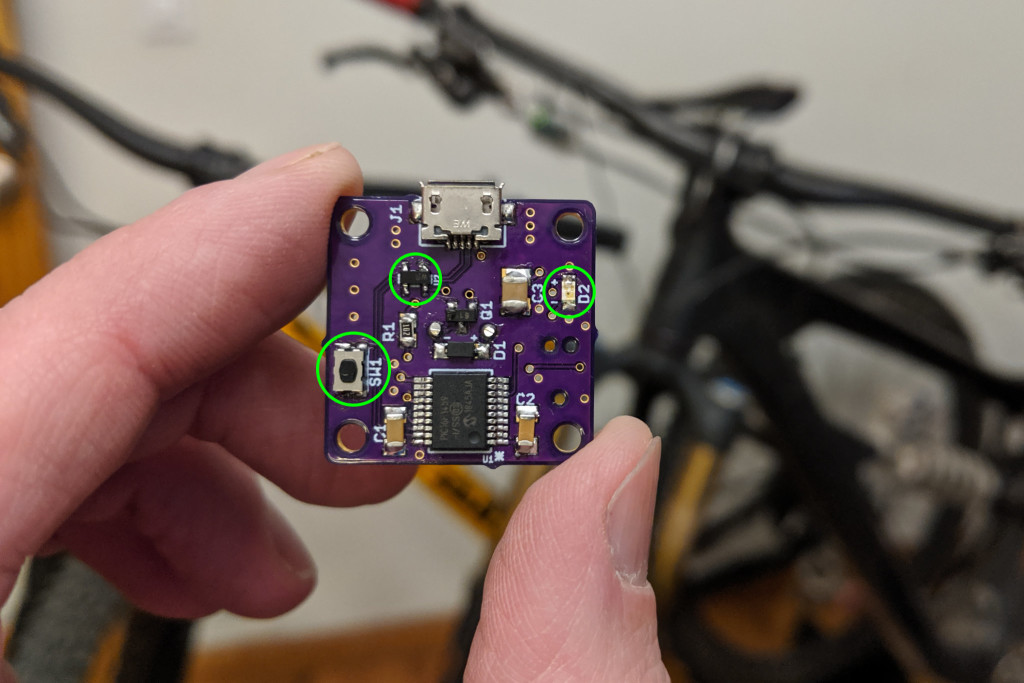 Some new additions to the annoying caps lock warning buzzer (circled in green).

The list of new features and improvements is pretty short:

Let’s run through each of the improvements separately.

In theory this will reduce noise on the board and improve the electromagnetic compatibility of the board. One day I’ll have to bring both the old board and new board to work, find a spectrum analyzer and EMC probe set, and learn to make some EMC measurements. In the meantime, at least I didn’t break anything with the ground plane changes. 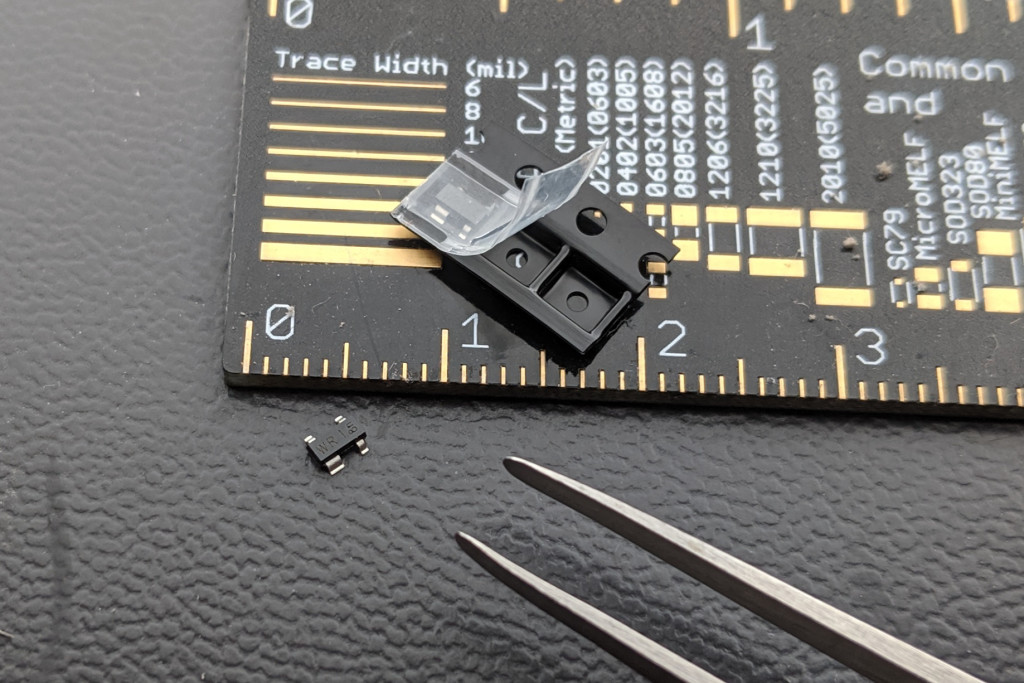 That’s the Nexperia PRTR5V0U2X ESD protection diode below the five millimeter mark on my Adafruit PCB ruler. It’s small but not any worse than an SOT-23 transistor to hand solder.

The second change was to add some basic ESD protection using a Nexperia PRTR5V0U2X ultra-low capacitance double rail-to-rail ESD protection diode. This single device protects both USB data lines even in the absence of a supply voltage. The device needs to be located as close as possible to the USB connector and be very-well connected to the ground plane of the board.

Button and LED and Resistor

I needed a small pushbutton switch to use with the bootloader. I searched Digi-Key and Mouser looking for an SMD tactile switch. I found lots of candidates. I finally settled on a C&K Switches KMR211NGLFS tactile switch. If you have an Adafruit Feather M0 board, this is very similar to the reset switch on that board.

The MLA USB bootloader can also blink an LED to indicate the state of the bootloader. I decided to take advantage of this feature. I selected a Dialight 599-0130-007F 0805 SMD orange LED. Any color would work but orange is somewhat different than the typical red or green LEDs on projects. Finally, I needed a current limiting resistor for the LED. I went with a small 1k 5% 0805 SMD resistor. 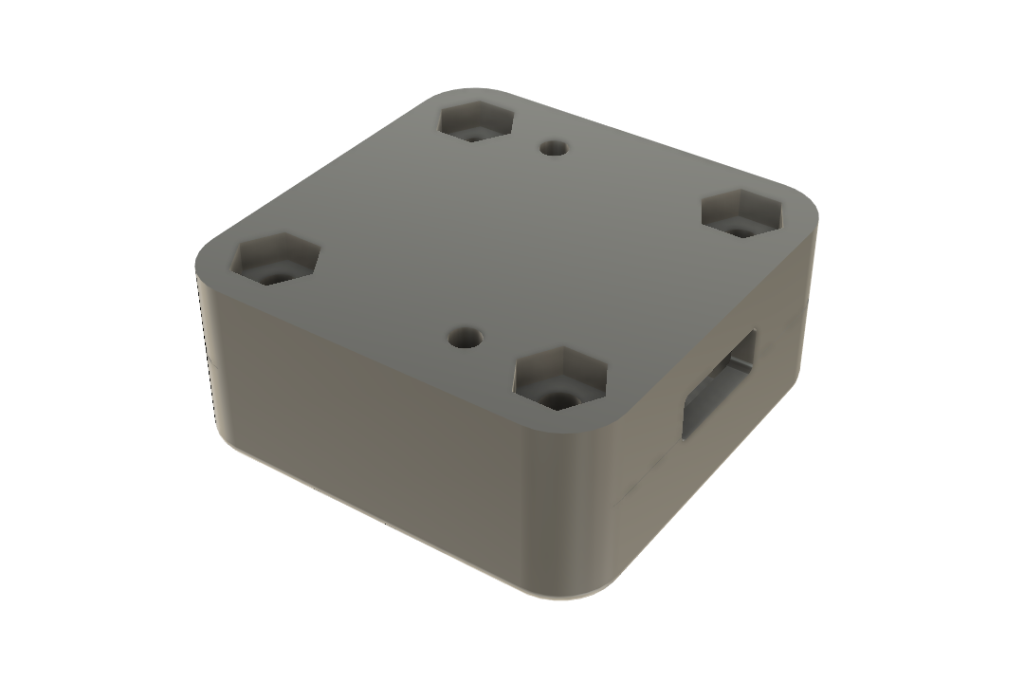 The updated enclosure. Two two millimeter diameter holes on the bottom allow access to the tactile switch and LED. 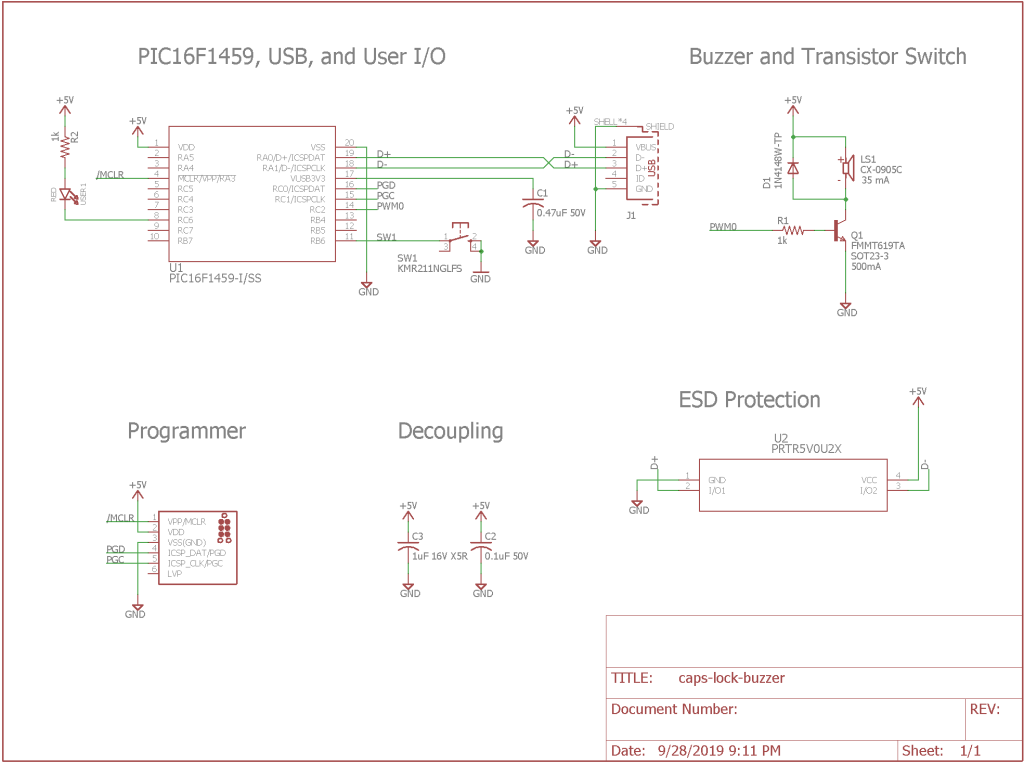 Updated schematic. The U2, SW1, R2, and USER1 LED are new to this version of the design.

The schematic above show the updates made for the second version of the warning buzzer. U2, SW1, R2, and the USER1 LED are new to this version of the design. 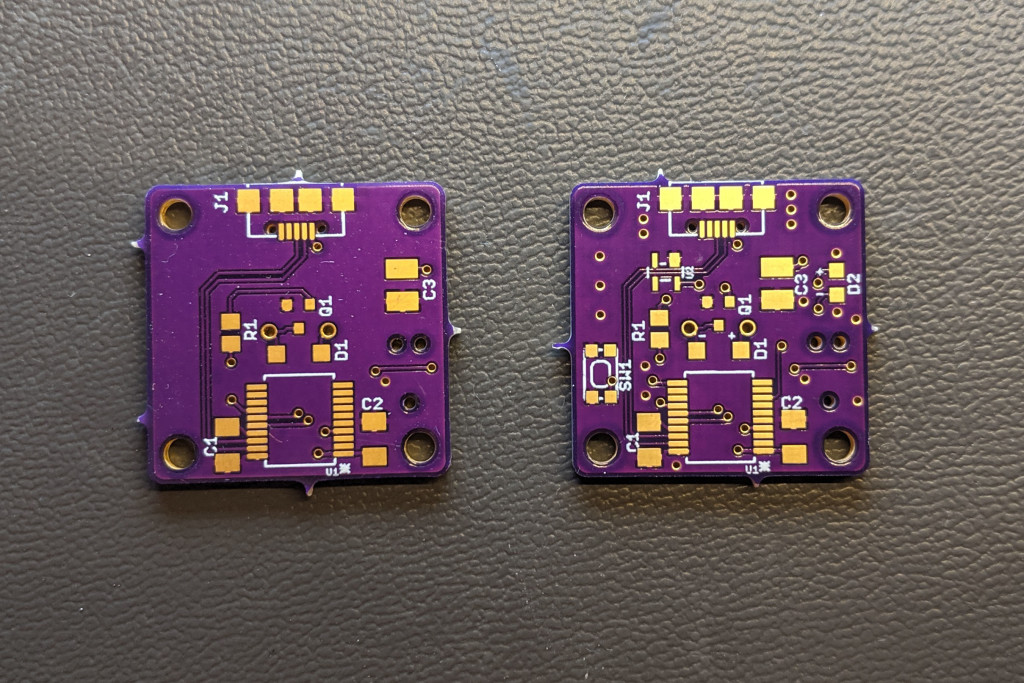 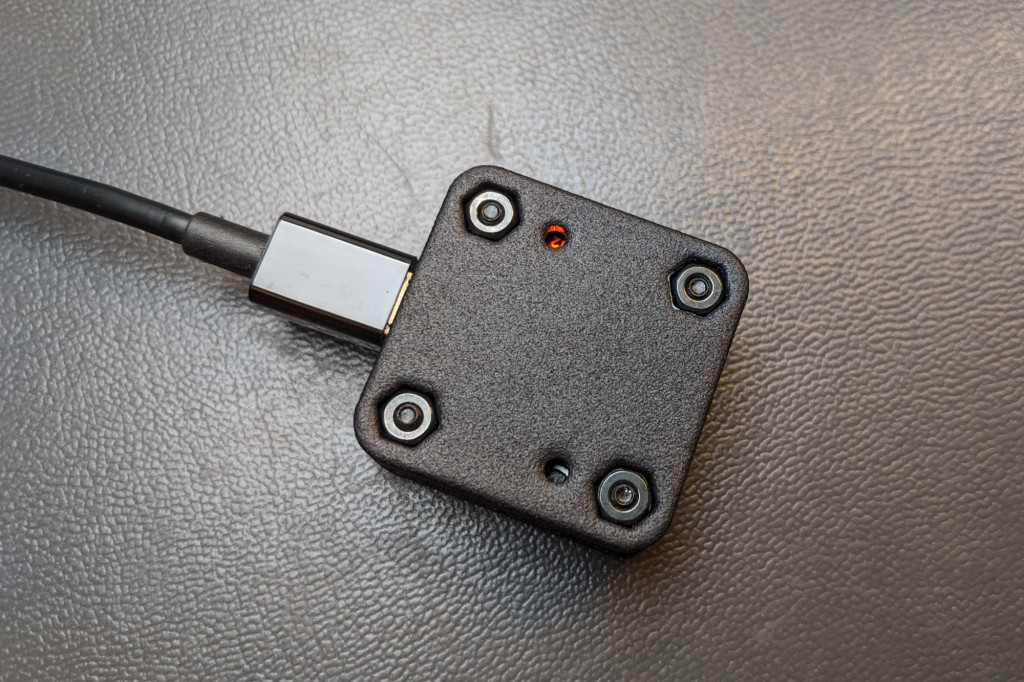 The bottom of the annoying CAPS LOCK warning buzzer with the modifications to expose the LED and pushbutton.

The bottom of the updated enclosure is shown in the above photo. The hole with the orange glow is the LED. The other hole is for accessing the pushbutton swtich.

The components that are new to the second version of the design are listed in the table below. You’ll also need a second 0805 1k 5% resistor. 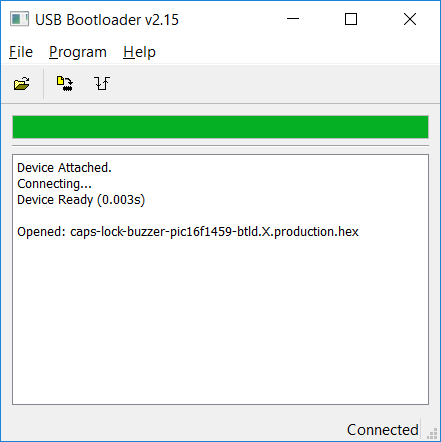 The main (and only) window of the Microchip Library for Applications USB Bootloader utility.

All design files are in my caps-lock-buzzer repository on github.

The v2 schematic and board files:

The Fusion 360 Archive and STL files for the enclosure: